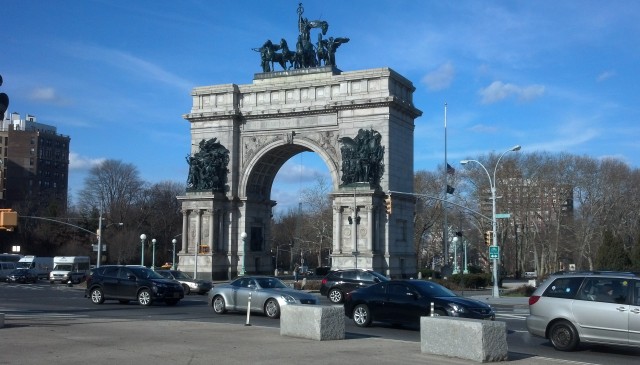 1. If you get bored here, you’re either stupid or broke. Probably the latter.

2. It’s dirty. Honestly, I’ve seen more trash in the streets and around the subways than any other 1st world city I can remember.

3. Cash is king. Cash only bars and 15$ card minimums will make you think you’ve left America.

4. It can snow underground. No really. Subway vents+wind=underground flurries.

5. New Yorkers are perfectly fine with insane commutes. 1.5 hours each way on a bus, ferry, and two trains is completely acceptable.

6. People are blunt, not mean. With as many people as you have to interact with daily, it’s simply a matter of saving time. However, people will give up their seat on a subway in a heartbeat.

7. “The Melting Pot” is real. The city is a well-shuffled deck of cards. You’ll have an Egyptian cab driver take you to Chinatown to eat with your Danish friend while a Jamaican guy plays the drums outside the restaurant.

8. New Yorkers have impeccable balance. The “C” train is exceptionally jerky, but nobody ever falls over…except for tourists. Tourists fall all the time.

9. Brooklyn Nets tickets are absurdly cheap. 10 dollars for a seat at a brand new arena in the most expensive city in the country…and the team (unlike the Knicks) is decent?! How is this possible?

10. New York is the best and worst of America. It’s a place with limitless opportunity and incredible diversity, ruled by materialism and the 80 hour work week.